SLAVE TRADE IN THE WESTERN EUROPE

In the 11th century the main slave market was in Arabic Spain, then the most civilized country in Europe.

The white slaves were castrated in Verdun, Venice, and Lyon and sold by slave-traders to Spain. This slave trade also included girls and small boys who were properly indoctrinated in order to be used later by Arab rulers as bodyguards, slave soldiers and bureaucrats.

Only the adolescent boys and girls were spared, enslaved, and immediately sold to the merchants accompanying the armies. The Barbarian was able to get gold by trading in slaves. These objects of servile trade and commerce would be integrated into harems and used as military slaves or eunuchs. Adults and children were eliminated for obvious reasons. They did not correspond to the Muslim demand for young virgin girls and beardless boys and it was out of the question to gather children and raise them. The traders had neither the time nor the willingness and more importantly it would not have been cost-effective. Later, they would spare the lives of more captives, by selecting them according to their capacities for productive work and by using them to the limit of their strength at laborious physical tasks (Skirda, 2010, pp. 85-86).

The captives were taken overland by various routes: through Germany and France to Muslim Spain; through Venice and by ship to the Middle East; or down the Dniepr, the Don, or the Volga to the Middle East via the Black Sea or the Caspian. How many were traded? It’s difficult to say, but Skirda (2010, p. 6) advances a figure between several tens of thousands and several hundreds of thousands for the period extending from the 8th to 12th centuries.

It was this trade, more than any other, that revived the old trading networks not only between Europe and the Middle East, but also within Europe itself. The balance of foreign exchange also shifted in Europe’s favor, thus giving the elites of France, Germany, and Italy the means to buy not only foreign goods but also local products, thereby stimulating a long economic recovery that would take Europe out of the Dark Ages. As Skirda notes ironically:

“The Italians who were the “great initiators of Europe” became the promoters of trading companies, creators of credit, restorers of currency. It is easier to understand why almost all historians and commentators have silently observed this phenomenon. It is difficult for them to acknowledge that the economic renaissance of the West of the 10th and 11th centuries was achieved through human trafficking! “ (Skirda, 2010, p. 112)

Islamic Spain was the main market for slaves (eunuchs, girls, and young boys). Slavery which was the foundation of the Roman economy was important in the Arab Empire. Some slaves were sold as far away as China, which also bought furs, beaver skins, silk, and weapons. Exports from China to Europe included cinnamon, spices, musk, and camphor.

Slavery existed in England in the 11th century - Domesday book records how many slaves in each village. The Norse and Vikings had their 'thralls'. In 11th century Bristol shipped English slaves to the Viking city of Dublin - the then Bishop of Worcester, St Wulfstan, preached against the trade.

Enslaved by Vikings people were called thralls in Old Norse language. As many as 10% of the population of Scandinavia were thralls, according to the Norwegian researchers. Most of thralls were local Scandinavian people. They can have been kidnapped or captured during Viking raids and forced into slavery. Or they can also have simply sunk into debts and had to meet their obligations by entering into lifelong slavery. Thrallhood was inherited by maternal bloodline: if mother was a thrall then child will be a thrall even if father was a freeman; if mother was a free woman then child will be freeman even the father was a thrall. Scandinavia abolished thralldom the 14th century

Some thralls were imported to Scandinavia from the Islamic world. In Viking Raids, slaves and captives were usually of great importance for both the monetary and labor value. In addition to being bought and sold, thralls could used to pay off debts as well, and were often used as human sacrifices in religious ceremonies. A slave's price depend on their skills, age, health, and looks. Many pagan and christian thralls were sold by the vikings to the Caliphate because of the high demand.

Fadlan described these Vikings as follows:

. I have never seen more perfect physical specimens, tall as date palms, blond and ruddy; they wear neither tunics nor caftans, but the men wear a garment which covers one side of the body and leaves a hand free. Each man has an axe, a sword, and a knife, and keeps each by him at all times. The swords are broad and grooved, of Frankish sort.

In Northwestern Europe in the Viking Age Dublin was the center of the Slave trade,

Guðríður Símonardóttir was an Icelandic woman who was one of 242 people abducted from the Westman Islands, Iceland in a raid by Barbary pirates. These raids came to be known as the Turkish abductions and Guðríður became known as Tyrkja-Gudda. After being held as a slave and concubine for nearly a decade, she was one of a few captives ransomed by the Danish king. She returned to Iceland, marrying the young pastor Hallgrímur Pétursson. The story of "Gudda The Turk". http://en.wikipedia.org/wiki/Gu%C3%B0r%

Estimated exchange rates at the beginning of the 11th century in Iceland were:

The Barbary Corsairs raided northern Europe for slaves on many occasions. 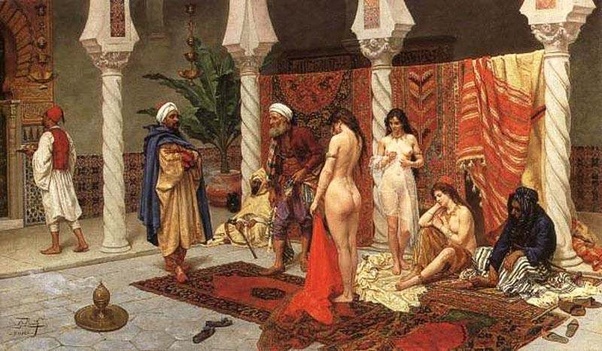 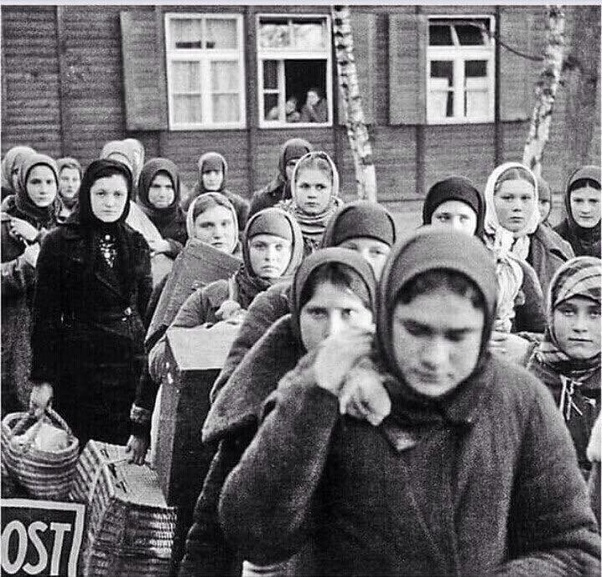 Photo: Group of white slaves in Germany. 1942. Slavery may never vanish. Nazi Germany re-instituted white slavery from the Bay of Biscayne to the Bering Sea in 1941.

Surprisingly, but along with barbarian traditions of slavery and human sacrifice, medieval Europe had practiced democracy, elections and no-border society from London to Moscow, something that we can only dream about. Also European Union was established. As you can see that Dark Ages was not so dark and for some countries it was Golden Ages.

European Union was existed in the medieval period for 400 years in the form of Hanseatic league, and was controlled by German city of Hansa. The Hanseatic League was a farefather of modern European Union. The idea of EU is very old and always was managed by Germany. Hanseatic league was a commercial and defensive confederation of merchant guilds and market towns in Northern Europe. It was a powerful economic and defensive alliance that left a great cultural and architectural heritage. The towns participants of alliance raised their own armies, with each guild required to provide levies when needed. The Hanseatic cities came to the aid of one another, and commercial ships often had to be used to carry soldiers and their arms. Growing from a few North German towns in the late 1100s, the league included 170 cities and came to dominate Baltic maritime trade for three centuries along the coasts of Northern Europe from London to Moscow. Notably Novgorod, was a major Russian trade partner of the Hansa in the Middle Ages.

Exploratory trading adventures, raids, tourism and piracy had occurred early throughout the Baltic region; the sailors of Gotland sailed up rivers to Novgorod. Lübeck became a base for merchants from Saxony and Westphalia trading eastward and northward. This area was a source of timber, wax, amber, resins, and furs, along with rye and wheat brought down on barges from the hinterland to port markets. 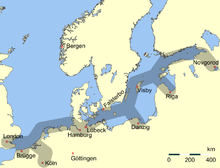 Later merchants from Holy Roman empire also stayed in Novgorod. In 1220s Germans established their own trading station “Kontor” Peterhof not far from Novgorod. In 1229 German merchants were granted certain privileges that made their positions more secure in Russia. 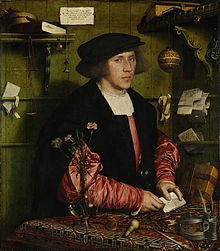 THE FATE OF BARBARY STATES AND PIRACY

. From the 16th century Tripolitania, Tunisia, and Algeria were autonomous provinces of the Turkish Empire. Morocco pursued its own independent development. The corsair Barbarossa and his brothers led the Turkish conquest to prevent the region from falling to Spain. A last attempt by Holy Roman Emperor Charles V to drive out the Turks failed in 1541. The piracy carried on thereafter by the Muslims of North Africa began as part of the wars against Spain. In the 17th and 18th cent., when the Turkish hold on the area grew weaker, the raids became less military and more commercial in character. The booty, ransom, and slaves that resulted from attacks on Mediterranean towns and shipping and from occasional forays into the Atlantic became the main source of revenue for local Muslim rulers.

All the major European naval powers made attempts to destroy the corsairs, and British and French fleets repeatedly bombarded the pirate strongholds. Yet, on the whole, countries trading in the Mediterranean found it more convenient to pay tribute than to undertake the expensive task of eliminating piracy. Toward the end of the 18th cent. the power of the piratical states diminished. The United States and the European powers took advantage of this decline to launch more attacks. American opposition resulted in the Tripolitan War

with an Anglo-Dutch flotilla all but ended the naval power of the dey of Algiers. An ultimatum from the European Congress of Aix-la-Chapelle (1819) compelled the bey of Tunis to give up piracy.

The fate of european slaves in Africa

Many slaves converted to Islam. That means they only were 'freed from the Oar, but not from their Patron's Service.' Christian girls who had been taken into the pasha's harem often 'turned Turk' to stay with their children, who were raised as Muslims.

Christian men, after converting to Islam, sought easier labours, usually as overseers for other slaves, and some gained real power and occasionally their freedom. Between 1580 and 1680, there were typically around 15,000 of these 'renegades' in Barbary, including around half of the corsair captains, or re'is, and even some of the pashas. Most had probably never been slaves, however, but had come to Africa looking for opportunity, and had cast off their Christianity along with their earlier lives.

The legacy of enslavement

Slaves in Barbary states could be black, brown or white, Catholic, Protestant, Orthodox, Jewish or Muslim. In the 1600s, no one's racial background or religion automatically destined him or her for enslavement. Preachers in churches from Sicily to Boston spoke of the similar fates of black slaves on American plantations and white slaves in corsair galleys; early abolitionists used Barbary slavery as a way to attack the universal degradation of slavery in all its forms.

This may require that we rethink our belief that race was fundamental to pre-modern ideas about slavery. It also requires a new awareness of the impact of slave raids on Spain and Italy - and Britain - about which we currently know rather less than we do about slaving activities at the same time in Africa. The widespread depopulation of coastal areas from Malaga to Venice, the impoverishment caused by the kidnapping of many breadwinners, the millions paid by the already poor inhabitants of villages and towns to get their own people back - all this is only just beginning to be understood by modern-day historians.

Trade during the Viking Age - Wikipedia

British Slaves on the Barbary Coast

Kolodziejczyk, D. (2006). Slave hunting and slave redemption as a business enterprise: The northern Black Sea region in the sixteenth to seventeenth centuries, Oriente Moderno, 86, 1, The Ottomans and Trade, pp. 149-159.