Can Europeans, and European women in particular, become objects of trade? The idea seems laughable, since the term ‘slave trade’ almost always brings Africans to mind. Yet there was a time not so long ago when Europe exported white slaves on a large scale to African

These slaves were taken during hit-and-run raids by either Crimean Tatar horsemen or North African corsairs. A raiding party would typically descend on an isolated village and carry away its inhabitants—or rather those who were commercially useful, particularly young women and young boys.

There was a time farther back when Europeans were accomplices in this trade and when it provided most of their foreign exchange. This was during the Dark Ages and the early Middle Ages, specifically the 8th to 12th centuries.

The slave trade was a godsend for the elites of France, Germany, and Italy. With the collapse of the Western Roman Empire in the 5th century, they had to dip into their gold reserves to buy foreign luxury goods from the Middle East, generally clothing, upholstery, tapestries, carpets, and other precious fabrics (Skirda, 2010, pp. 56-57).

By the 8th century, these reserves had been almost completely exhausted. Gold was giving way to silver, and even that medium of exchange was being debased. Western Europe had largely reverted to an economy of autarky, its shrunken towns and cities no longer major centers of trade. Most people produced everything they needed within their local village or manor.

Would Western Europe have eventually returned on its own to an international trading economy? Perhaps, although revival of trade would have become more difficult once the elites had become accustomed to autarky. As things turned out, they found the means to buy foreign luxury goods almost at the same time their gold reserves ran out.

The 8th century brought the rapid expansion of a new civilization, Islam, into the Middle East, North Africa, and Spain. Its Arab elite was darker-skinned than the Greco-Roman or Visigothic elites it displaced. It was also more polygynous. A new market had come into being, a market for wives and concubines. European women were especially sought after, not because they were exotic but because their fair skin and fine facial features corresponded to notions of beauty that were indigenous to Arab culture. Initially, this trade involved prisoners of war captured during the Islamic wars of expansion. Soon, however, a peaceful trading relationship developed.

It was officially prohibited by Christian emperors and popes alike, but in reality, people closed their eyes and everything was tolerated in exchange for good gold dinars. Needless to say, this trade would have been impossible without the active collaboration of local elites. They were the main beneficiaries.

Jews played an extraordinarily important role in the development of medieval European society. Besides of popular engagement in the slave trade, the significant advances in agrarian techniques and the resulting agricultural surplus led to the rise of cities and increased urban populations. This in turn paved the way for the opening of international trade routes and the creation of wealth on a scale not seen since the heyday of the Roman Empire. Jewish merchants occupied a critical segment of this international trade, facilitated by the far-flung networks of friends and family connections inherent in the broad geographic distribution of Jews in the Diaspora. The earliest Jewish trading routes extended from the Atlantic shores of France to the Pacific shores of China. Jewish merchants primarily carried commodities that combined small bulk and high demand, including spices, perfumes, jewelry, and silk.

Under Islam, Jews were allowed to practice their faith and live according to the laws and scriptures of their community. During most of the 10th and 11th centuries, a period known as the “Golden Age,” Jewish community flourished in Islamic Spain. Jews achieved hitherto unknown heights in fields of philosophy, astronomy, mathematics, and linguistics. Under Muslim rulers, Jews served in prominent governmental and military positions. However and it should be noticed, Jews were influencial part of european society long before Muslim conquered Spain. Long before 10th century Jews ruled the Khazar Khaganat that was later annexed by Russia in the 9th century. Khazars were Jews. Their correspondence with Spanish Jews in Hebrew language is still kept in archives. All correspondence was written in Hebrew language obviously.

Old Bible was written in Hebrew language. In the first millennium the Bible was translated from Hebrew to Latin and to Greek and it had the impact to the formation and development Latin language and later to development of all Slavic languages. Jews was only the nation in Europe that had a total literacy in the medieval history therefore they was in charge of chronicles all over Europe and Middle East. They translated Bibles to European languages and to Greek language. Hebrew speakers hold all key positions in the medieval period. All Christian monks and other Christian clerks have studied Hebrew in seminaries, many of them were Jews that have had converted to Christianity, Hebrew was their mother tongue.

Jewish financial success was particularly due to the enmity between Christianity and Islam. Since Islamic states of the Middle East and Christian kingdoms of Europe often banned each other's merchants from entering their territories, the Jewish merchants and traders functioned as neutral intermediaries and translators, keeping open the lines of communication and trade between the lands of the old Roman Empire and the Far East. The question is how people communicated during the medieval trade?

Hebrew was a lingua franca

Hebrew was an international language in medieval period. Here is two linguistic examples show the impact of Hebrew language during middle ages:

There were 3 groups of European slave traders:

All three trading groups worked with each other, particularly the Radanites and the Khazars (turks who converted to Judaism).

From the 7th century to mid-10th century Radanites controlled the trade which encompassed Western Europe, Africa and China. It was a period when Hebrew was the only language of world trade. Slavery, which was the foundation of the Roman economy, was important in the Arab Empire in which the Jews became the main merchants, trading with the infidels

SLAVE TRADE IN THE EASTERN EUROPE

In 11th century in Poland, Jews in service of Boleslav the Great minted his coins and inscribed on them the name of the Polish sovereign with Hebrew letters. Besides such highly valued craftsmen business Jews were engaged in profitable slave-trade business.

The Catholic Church fought against slavery and this fight is documented in the treatise “Infelix Aurum” by the first patron saint of Poland, and since A.D. 997 the first bishop of Gdansk, Adalbert or Wojciech . In the struggle against the slave trade the family of St. Adalbert lost the Czech throne in Prague to their opponents supported by Jewish slave traders. One of 18 sculptures on the 1170 bronze door made for the cathedral of Gniezno depicted the scene of redeeming manacled Christian slaves by a Polish bishop from Jewish merchants in the presence of the son of King Boleslaus the Great, the second formally crowned King of Poland, Mieszko II (990-1034).”

As described in the book "Sulejman the Great", the constant Tatar raiding and counter-raids by Cossacks and Polish magnates were everpresent issue in Polish-Ottoman relations in XVI century. While reading the description, it's almost boring: the year so-and-so Tatars raided villages, they cavalry hit them and recaptured part of captives; the same year conterraid hit Oczakow, killing Tatars and recapturing slaves. The next year another Tatar raid hit so-and-so areas... and so it went for a hundreds of years... Tatar raiding to Poland and to Russia continued till 18th when Catherine The Great annexed Crimea and ended slavery practice.

One of such kidnapped girls was Hürrem Sultan 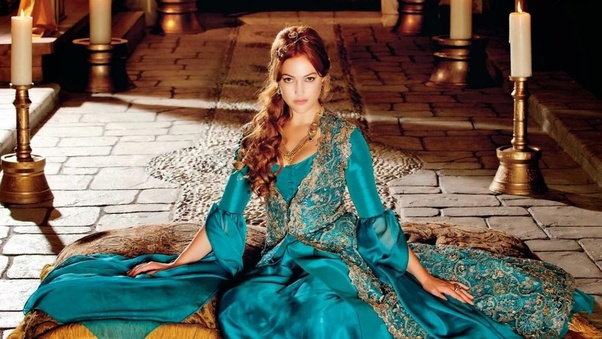 Hürrem Sultan, the wife of Süleyman the Magnificent was Russian girl, daughter of the Orthodox priest, was kidnapped and sold to the slavery from her little town in the Kingdom of Poland. She became the wife of Ottoman emperor. Her original name was Alexandra Lisovska. Raised as a Christian Orthodox, he was made to convert to Islam to enter the harem, the royal household in which hundreds of women were held in servitude to the sultan. She was kidnapped by Crimean Tatars. The typical business of Crimean Tatars until 18th century was kidnapping people to sell them to the slavery.

200 years later another remarkable woman, the Russian empress Catherine The Great came to power, she liberated thousands enslaved Russians from Tatar yok by annexing Crimean peninsula. She ended up that degraded slave-trade business once and forever 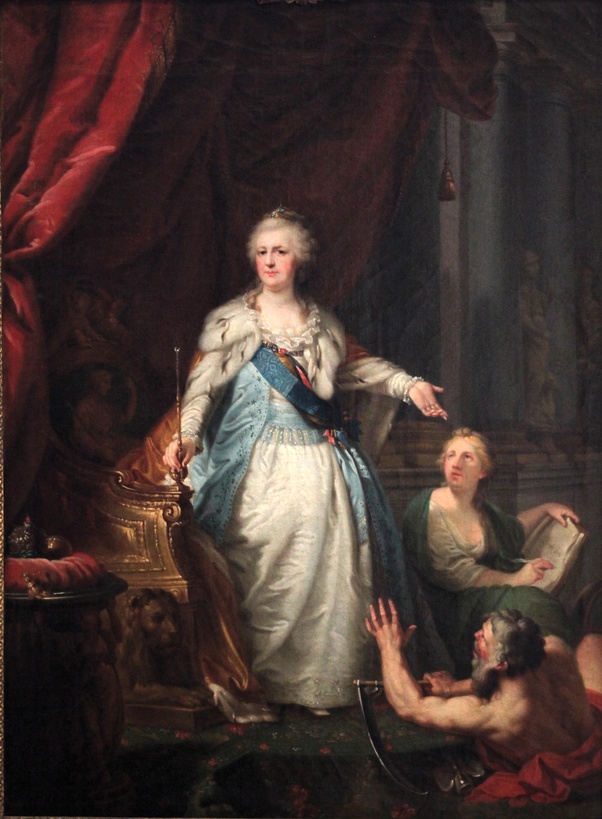 Paintings by Johann Baptist von Lampi der Ältere. Catherine II. Despite being born Lutheran, after convertion to Orthodox Christianity she became most fervent defender of Russianness everywhere she stepped her foot .