The Sun Never Sets: Why Is AFRICOM Expanding in Zambia?

The Sun Never Sets: Why Is AFRICOM Expanding in Zambia? 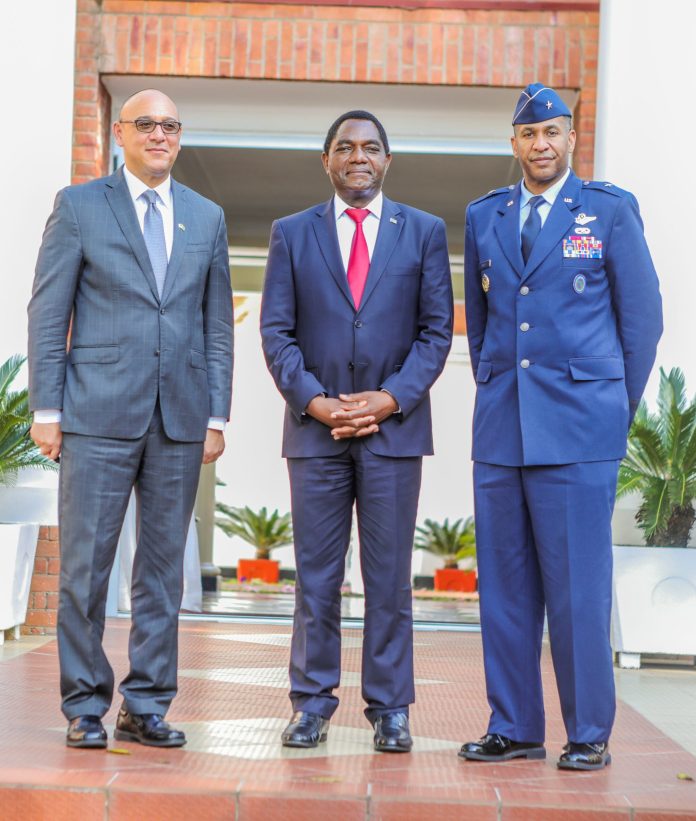 Because of Zambia’s Copper and to Thwart the Chinese

On April 25, the U.S. government announced that U.S. African Command (AFRICOM) will open an Office of Security Cooperation at the U.S. Embassy in Zambia.

Brigadier General Peter Bailey, AFRICOM’s Deputy Director for Strategy, Engagement, and Programs, made the announcement in Zambia during a meeting with Zambian President Hakainde Hichilema (HH), who took office on August 21, 2021.

According to AFRICOM, the new Office of Security Cooperation will “enhance military-to-military relations [between AFRICOM and Zambian armed forces] and expand areas of cooperation in force management, modernization and professional military education for the Zambian security forces.”

The U.S. government possesses a giant embassy in Lusaka and, since 2014, has invested more than $8 million in assistance for Zambian battalions deployed to a United Nations peacekeeping mission in the Central African Republic (CAR). 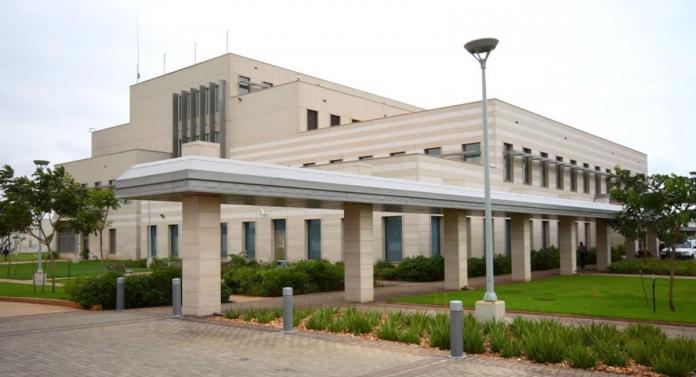 The U.S. is also rumored to possess secret spy facilities in Zambia, which borders on the mineral-rich Democratic Republic of Congo (DRC).

Mwamba emphasized that, since obtaining its independence from Great Britain in 1964, Zambia has promoted a non-aligned policy and cooperated with all powers, including Russia and China as well as the U.S. 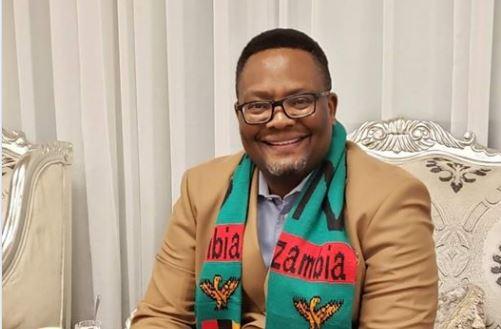 Mwamba further noted that the AU and Southern African Development Community (SADC) have tried to resist the establishment of U.S. and other foreign military bases and security offices in Africa, and have been developing their own standby military forces and security architecture designed to prevent a return to the era of colonialism.

“Copper is the New Oil”

The U.S. interests and motivations underlying the AFRICOM expansion in Zambia are not hard to discern.

As CAM previously reported, Zambia is one of the world’s leading producers of copper, which according to a recent Goldman Sachs report, Copper is the New Oil, is crucial in the transition to a clean energy economy.

Copper is a key electrical conductor and component for solarand wind power plants, electric vehicles and batteries, and energy-efficient buildings.

Hichilema was favored by the U.S. State Department in Zambia’s August 2021 election because of his pledge to boost domestic refining capabilities and loosen regulations and lower taxes on foreign mining companies operating in Zambia to enable a $2 billion expansion of copper production.

One of the big beneficiaries of the new policies is Barrick Gold, a Canadian company which owns the $735 million Lumwana copper mine in Solwezi and is poised to expand its operations. 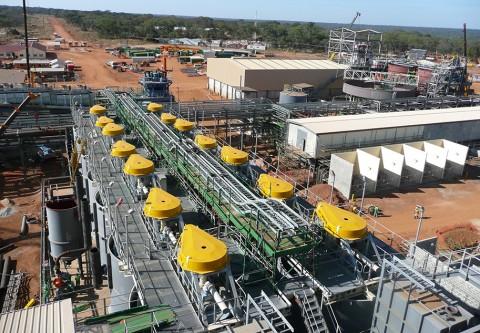 A major investor in Barrick Gold is BlackRock, the world’s largest asset manager operating out of Wall Street.

Its founder and CEO, Laurence Fink, was a donor to Barack Obama, Hillary Clinton, Chuck Schumer and John Kerry, along with Paul Ryan and other Republican and Democratic Party politicians who supported the expansion of AFRICOM. 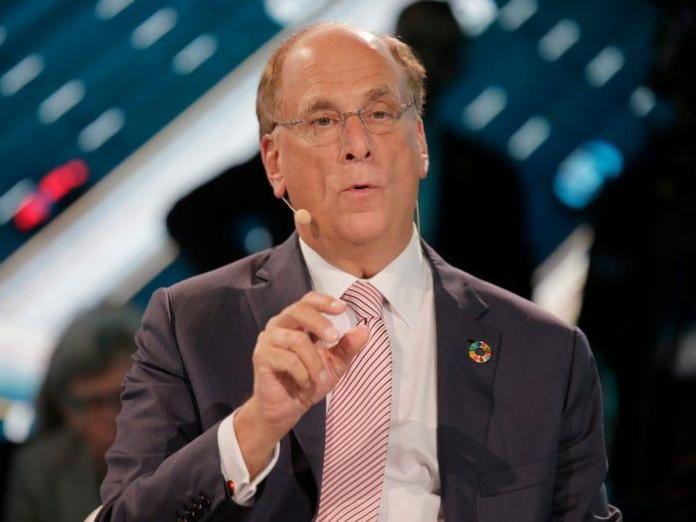 BlackRock is also a major investor with J. P. Morgan Chase in First Quantum Minerals , which owns 80% of the Kansanshi mine in Zambia’s Copperbelt, the largest mine in Africa, along with the Sentinel mine in Kalumbila.

BlackRock further invested in Glencore and Vedanta Resources, which own additional Zambian copper mines and, like the others, have checkered records when it comes to workers’ rights and the environment.

Protest against Vedanta Resources for polluting the Kafue River and looting Zambia’s wealth. BlackRock is a major investor in Vedanta and donor to U.S. politicians like Barack Obama. [Source: theguardian.com]

AFRICOM was established in 2007 with the official purpose of promoting a “stable and secure African environment in support of U.S. foreign policy.”

Today, AFRICOM sustains ties with 53 African nations and provides a cover for an estimated 9,000 U.S. troops stationed in Africa and at least 27 military bases. 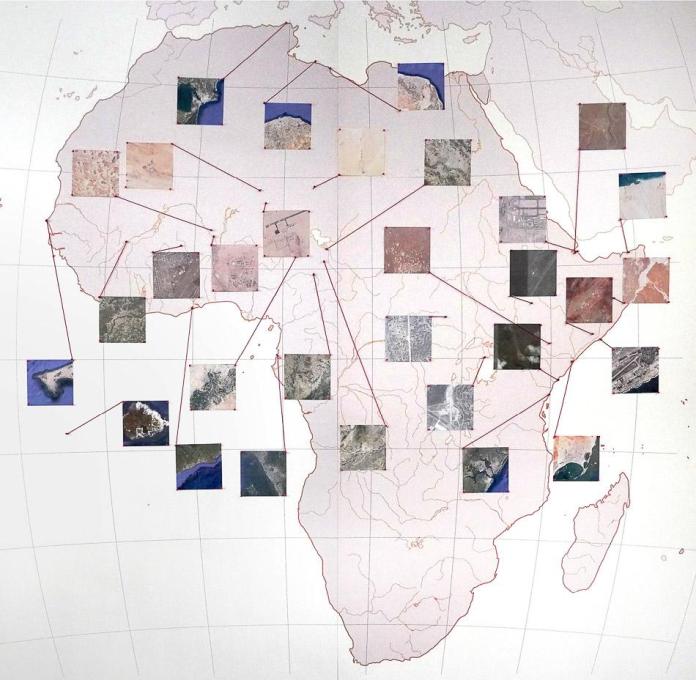 Some of AFRICOM’s known permanent and semi-permanent military bases on the African continent, 2019. [Source: thetricontinental.org]

AFRICOM founder Vice Admiral Robert Moeller admitted that one of AFRICOM’s guiding principles was “protecting the free flow of natural resources from Africa to the global market.” That description applies very well in the Zambian case. 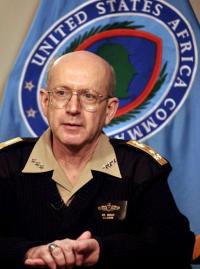 Tied to the motive of natural resources exploitation underlying AFRICOM’s expansion into Zambia is the growing geopolitical competition with China.

Zambia has been a significant recipient of China’s Belt and Road Initiative and, in 2018, the volume of China-Zambia bilateral trade reached $5 billion in U.S. dollars, with a year-on-year growth of 33.9%.

As of December 2020, more than 600 Chinese companies operated in Zambia, the majority in the Copperbelt. Zambia even boasts two Chinese-built special economic zones and allowed banking in the Chinese renminbi instead of the kwacha, dollar, or euro to facilitate trade with China. 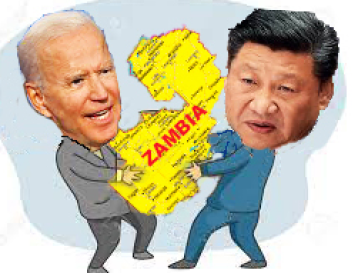 The latter is unacceptable to U.S. policy-makers who have attempted something drastic in response.

The danger of the AFRICOM expansion for Zambians is palpable not only in its function in protecting foreign control of its economy but aso in generating potential political instability.

According to Black Agenda Report, troops trained by AFRICOM have been behind nine coup d’états in Africa since AFRICOM’s formation.

Zambia could be next, particularly if Hichilema reverses his current policies in the mining sector, or if copper prices fluctuate because of some unforeseen event and Zambia’s economy falters more than it already has.w York.