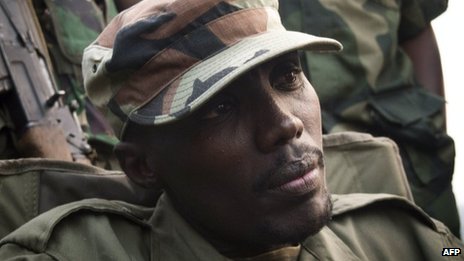 At least eight people have been killed in the first clashes between rival factions of the M23 rebel group in DR Congo, sources have told the BBC.

The violence was linked to a power-struggle between M23 political leader Jean-Marie Runiga and military chief Sultani Makenga, the sources said.

On Sunday, regional leaders signed a UN-brokered accord to end conflict in eastern Democratic Republic of Congo.

The M23 launched a rebellion against the DR Congo government, briefly seizing Goma, the main city in the east, in November.

Both Rwanda and Uganda strongly deny claims they back the rebels.

The BBC's Ignatius Bahizi reports from neighbouring Uganda that the rival M23 factions exchanged gunfire in the town of Rutshuru, 70km (43 miles) north of Goma.

Congolese sources told him eight people had been killed - including six civilians.

But one source told the BBC Great Lakes Service that 19 people were killed - nine civilians and six fighters, including two majors.

The M23 denied that it was hit by dissent, our reporter says.

It blamed the violence on the FDLR rebel group, which is made up of Rwandans accused of involvement in the 1994 genocide that left about 800,000 people dead, he says.

The M23 is involved in separate peace talks with the DR Congo government in Uganda.

In January, it declared a unilateral ceasefire.

The talks could run into trouble if the M23 mediation team splits between supporters of Mr Runiga and Col Makenga, our reporter says. 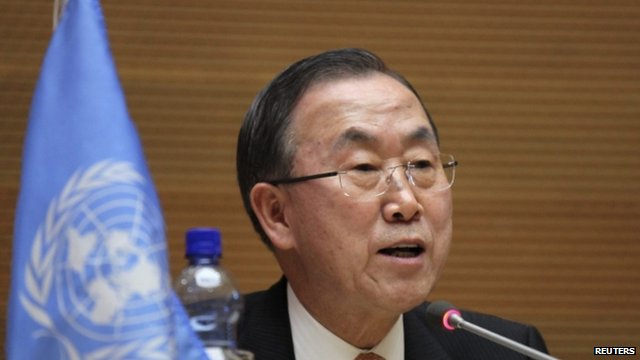 In Ethiopia on Sunday, the leaders and representatives of 11 African countries signed an accord, pledging to help end the conflict in DR Congo.

The deal was signed in the presence of UN Secretary General Ban Ki-moon.

"It is only the beginning of a comprehensive approach that will require sustained engagement," Mr Ban said.

The region's mineral riches have been plundered by numerous armed groups and countries over the past 15 years, while most Congolese people remain mired in poverty.